Close
Before investing in China – consider this
February 10, 2010 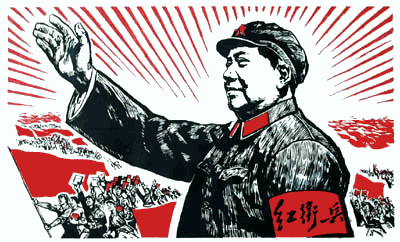 It’s not easy doing business behind the bamboo curtain. China like India is an intensely bureaucratic country and loves its paperwork. Often the most simple business procedures hide a multitude of misconceptions. Nazia Vasi an India-China consultant points out common mistakes firms make when they enter China and how to avoid them.

Doing business in booming China is not as ‘cookie-cutter work’ as easy as filing a few forms and following government application procedures. Although it is easier than doing business in India, one needs to understand the law of the land, culture and business ethos before commencing business in a new country.

Trade between India and China is at an all time high, with China recently becoming India’s largest trade partner. For the past four years, trade between the two countries has consistently grown faster than projected; the 2010 projected trade figure of US$40 billion has already been achieved. Based on renewed trade targets, India and China now aim to have an annual bilateral trade of US$100 billion by FY 2014.

“Prior to setting up a base or factory in China, its essential that firms do their homework thoroughly,” says an official with the Government of India in China, hinting that before firms come to China they need to know the laws that govern their industry, understand operational risks and abide by Chinese business decorum.  “Umpteen Indian companies have suffered because their business license is incorrectly worded, they feel they can work under the same cultural umbrella as they do in India or they have declared a too low salary for their Chief Representative, triggering an alert with the tax authorities,” he adds, mentioning just a few follies Indian companies have made in the past.

To ease legal hurdles, it’s best to talk to the economic wing of the Chinese Embassy/Consulate if possible and once in China, with its counterpart in the Indian Embassy/Consulate. In a nod to the growing relationship between the two countries, they each have three representations-Delhi, Mumbai and Kolkata in India and Beijing, Shanghai and Guangzhou in China. You can also speak to the Indian business community in the country and draw on its experience. A few simple insights and tales of caution can be invaluable and save a lot of time and heartache.

Thereafter, the entrepreneur/trader may enlist the experienced help of a consultancy who knows the local market. Don’t be afraid to ask  the consultancy basic questions – what tax incentives does your particular industry receive in China, what is the minimum registered capital, which is the most appropriate location for your company and can the China managers home double up as the company office? Nothing should be taken for granted in China and often businessmen who don’t study china before coming find themselves in a legal mess, added the official.

It’s essential that businessmen think of the scope of their business in China, certify it correctly with the local government and then accordingly register a representative office, wholly owned foreign enterprise or joint venture according to their business scope and industry. Often companies either vaguely or narrowly describe the scope of their company or use the wrong Chinese words for the purposes of the business license. As a result many foreign enterprises get stuck, limited by a particular business function mentioned in the license.  Take for example an English firm that wanted to set up a dating company in China. They registered their company as a love consultancy, hoping to profit from the mass Chinese matrimonial market. Little did they realize the marriage industry in China is a restricted industry ie operable only under special licenses and by Chinese nationals. As a result, they could register the company, but could not set up or operate a dating service, leaving them with no choice but to sell the registered WFOE to Chinese nationals in the end.

“The importance of due diligence by a responsible, qualified and experienced consultancy cannot be undermined in China, says a Senior Partner at a legal and tax consultancy concentrating on the Chinese, Indian and Vietnamese markets. In China, while the law is written, it can be interpreted in many ways. It also differs slightly between its 23 provinces and four municipalities. For example, in the Shanghai municipality a representative office can only set up shop in a government recognized grade An office building. Anywhere else in China, as long as the office is in a commercial building and not the Chief Representatives home this is not a requirement.

For traders, an industry insider says “it is definitely not advisable to sit in India, find a buyer or a supplier on Alibaba.com, negotiate and sign a “contract” – usually a broad understanding through e-mail correspondence The trader needs to be hands on, check the quality of the products, the actual existence of the Chinese company (for many exist only on paper or in the virtual world) and satisfy himself that it has all the requisite permissions/approvals to do international business.  Once such due diligence has been carried out, a proper, legally-binding contract should be executed.

Potential China investors also need to be careful while communicating with their Chinese partners, legal experts warn. “Make sure that all terms and conditions between you and your Chinese partner are clearly stated in black and white and that the translation is precise. In China, only a legally binding document such as a signed, sealed and stamped contract is valid in a court of law, e-mails, the verbal word or sms’s usually have no standing in a Chinese court” says Nitin Sen, an Indian lawyer who set up the Beijing office for Remfry & Sagar, an Indian law firm.

Further, companies need to make sure that their contract has been translated by a responsible agency. While translating a contract the right Chinese words need to be used, as legal words have their nuances and carry rights and responsibilities. Mr. Sen recalls the sorry tale of an Indian manufacturer from Dubai who had a contract with a landlord in China to use his warehouse in order to store panels of false ceilings. Amongst other things, the English version of the contract mentioned that the manufacturer was to pay RMB 50,000 to the landlord for the upkeep of the roof so that rainwater could not seep in and ruin the merchandise. When the landlord failed to do so, the manufacturer sought legal redress. When the Chinese version of the contract-which would be the legally binding instrument-was studied, it was mentioned that the manufacturer was to pay RMB 50,000, it omitted to mention the reason for such payment!

Lastly, remember that people make the business, so choose the right people for your China office. While a percentage of the population can speak English, most government documentation and information is only in Chinese. Understanding the language and culture of the people while in the middle kingdom is essential to a flourishing business. While the Chinese are very helpful and hardworking employees, one must be trusted to translate documents correctly, open bank accounts, give you the right leads and keep you informed on changes in policies. Experts warn that while executives tend to rely on their Chinese colleagues, it’s important not to be overly dependant on them. In order to run a successful business make sure you know your employees and they have your best interests in mind.

BUSINESS TIPS BEHIND THE BAMBOO CURTAIN: