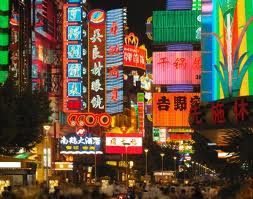 Setting her house in order, Chinese securities regulator announced late on Friday that renminbi held offshore could be used to buy equities within China, a long-awaited reform that is critical to promoting more international use of the Chinese currency. A trial program that is expected to reign in foreign funds back home, the move will also help internationalize the Chinese currency and further open the nation’s tightly controlled capital accounts market. Allowing overseas investors to use yuan for domestic investment also would help keep the world’s second-largest economy humming without adding pressure on the country’s massive foreign reserves.

In another attempt to play God, while the Western economies sink, Beijing is making sure it leaves no stone unturned when it comes to protecting its domestic economy.  Chinese leaders who pumped trillions of dollars into the local market when the first financial crisis struck, are pulling all the stops before an already slowing Chinese economy falls below par. A drop in the property market as well as western countries has analysts worried about a decline in the worlds fastest growing economy. Besides the 2013 elections at stake, the present government also has a lot to lose if social unrest isn’t quelled. A drop in the domestic economy could aggravate the situation and hamper the safe and secure transformation of power.

According to the guidelines, the pilot project, which has an initial investment quota of 20 billion yuan ($3.1 billion), will begin with Hong Kong-based subsidiaries of Chinese asset-management companies and securities firms.

The guidelines stipulate that at least 80 percent of the yuan QFII funds must be invested in fixed-income products, while no more than 20 percent of such funds can be used for equities investments.

The yuan QFII plan follows the rollout in October of a trial program that allows the use of yuan acquired overseas for direct investment in China. But that earlier program doesn’t allow foreign investors to make investments in domestic securities, financial derivatives, trust loans or loan repayment.

“This confirms another channel through which offshore yuan can flow back to China. This will further tighten CNH liquidity and drive up dim sum bond yields via more investment alternatives. Although the initial impact is limited given the small quota, that is the direction going forward,” Frances Cheung, a senior strategist at Crédit Agricole CIB told the Wall Street Journal, referring to the offshore yuan or CNH market in Hong Kong and the yuan-denominated “dim sum” bonds traded there.