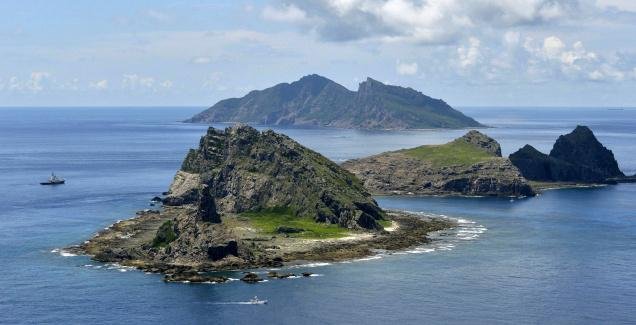 Earlier this week China asserted her territorial control in the region by identifying an air defence identification zone over what she claims is her space. Not unusual for a nation to otherwise do so, what Beijing probably didn’t expect was an international outcry over what she maintained as her territory which included the disputed Diaoyu islands.

Many nations including Japan and South Korea have maintained  an air defence identification zone since several decades, wherein non commercial flights have to identify themselves, their nationality, purpose and destination if flying over the a particular nations ADIZ. Therefore not completely out of bounds in marking the ADIZ, China brewed up the perfect diplomatic storm.

Even as American, South Korean and Japanese warplanes asserted their prowess by flying over the region without informing Beijing, local publications shook their heads at Beijing’s mild respons to what was seen as a sign – both domestically and internationally of her powers of assertion in the region. The nationalistic tabloid the Global Times said in a Thursday editorial that China “failed in offering a timely and ideal response” and risked “undermin[ing] the image of our military forces”. “Chinese authorities must make speedy reactions to various emergencies and challenges,” the editorial added.

Your neighbours enemy is always your friend – or so the saying goes – leading to Japan and India strengthening ties. The Japanese Emperor and Empress are expected in India next week, for a week. The rare visit by royalty to a nation whose trade with Japan is scaling is seen as a very positive step towards bilateral relations. Japan and India have had a very healthy relationship, strengthened by the fact that they have a common foe in Asia whose might has to be collectively controlled. With all eyes on the islands, China will also be following the growing camaraderie between Japan and India

Meanwhile China will also be kept busy with visits from U.S. Vice President Joe Biden to South Korea, China and Japan and British Prime Minister David Cameron who will lead a trade delegation to China to bolster economic and trade ties between the nations. Both heads of state are expecting to be in the Chinese capital next week

The dispute over the Diaoyu islands to the Chinese or the Senaku islands to the Japanese is one which has been boiling in the backwaters for a while now and is expected to spill over very soon. Earlier this year, citizens from both nations made their presence felt on the islands by camping and waving national flags as a sign of ownership. This was followed by banning goods from each others countries which did more to hurt economic and trade ties than diplomatic. More recently with China declaring an air defence identification zone over the islands, neighbours South Korea and Japan bolstered by their ally America defied China’s rhetoric of informing Beijing before flying over the islands. Earlier today, China sent several fighter jets and an early warning aircraft into disputed airspace over the East China Sea, elevating tensions in the region.

Although the island group contains just five uninhabited islands and three barren rocks, there is a huge risk the situation can rise from confrontation to conflict. China and Japan old enemies with bitter memories, like India and China are finding it hard to forgive and forget. Afterall the loser never forgets, and in this case, China has never gotten over the ills of the Sino-Japanese war that killed millions. With billions at stake, China claims the islands should have been handed over by Japan along with other imperial conquests when Tokyo surrendered in 1945 at the end of the second world war. Japan on the other hand, Japan claims that it surveyed the islands in the late 19th century and found them to be “terra nullius” – land belonging to nobody – and that neither China or Taiwan disputed Japan’s sovereignty over them until energy deposits were found in the late 1960s. Besides Japan and China, other nations including Brunei, China, Malaysia, the Philippines, Taiwan, and Vietnam have also laid claim to the islands.

In all likelihood, China and Japan will not go into war. Neither nation can afford it and while sentiments run high, neither government seems keen on letting the situation escalate. China’s air defence identification zone is just another attempt to bolster her position in the region.