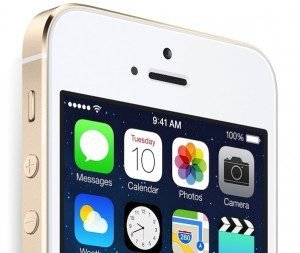 China is poised to take the software industry by storm. Two notable achievement in the past few days place her at the top of the software hierarchy. In the last week, China launched her very own operating system – China Operating System, or COS as it’s become known, she also climbed ahead of India in the number of software developers and is closing the gap in the size of human resource skilled in information, communication and technology (ICT) – an area that India has dominated for over two decades.

The combined moves mean that China now not only has the skill set to develop better software and hardware than India, but also the capabilities, infrastructure and market to nurture her own software, a feat India hasn’t managed to accomplish yet.

According to statistics released by research firm International Data Corp (IDC), The US accounts for 19 percent of global software developers. In 2013 however, China just inched ahead of India with a 10 percent share of global software developers while India’s share is 9.8 percent. Over the past few years, mounting on a hardware dominance, China has consciously nurtured the growth of software developers. Understanding that its just as important to develop and run her own software, China underwent a massive strategy to cultivate programmers and give them English language skills. It is these army of software engineers who understand English that fueled the growth in Chinese borne, hugely popular social networking sites – Baidu, Alibaba and Tencent.

According to the Hindu Business Line, a few years ago, China decided to focus on knowledge-based businesses and to train people on coding / software development apart from making them proficient in English. Results are now showing with China fast catching up with India in ICT, said E. Balaji, a HR expert.

Furthermore, just as China developed her own successful social networking sites, she’s now also developed her own mobile operating system. Initially to be used only on a pilot basis with government officials, the new OS is touted as giving Google and Apple a run for their money. The new OS is designed for use on many devices including smartphones and personal computers. Developed indigenously by the Chinese Academy of Sciences the Linus based OS, is said to remove “acclimatization” difficulties in China – problems that foreign-made systems have.

According to the the New York Times – Chen Feili, the deputy general manager of Liantong Network Communications Technology, told C114, a Chinese communications news website, that the Chinese telecom giants China Mobile and China Telecom have been testing phones based on COS over the past three months.

There’s already “a certain consensus” about bringing a commercial version of COS to market, Mr. Chen said. He said that discussions about business models and compatibility issues were already underway.

COS can run Java applications, and supports HTML 5 web applications and games, the C114 article said. It is currently compatible with over 100,000 applications, it said.

Further the NYT also reported – Mr. Chen said he has high ambitions for COS, saying the “ultimate goal” is to make it the main operating system in China. This is a lofty goal. According to the American market researcher International Data Corporation, China’s smartphone market is dominated by Android with nearly 90 percent of phones in 2013 running on the Google system.

COS is not the only domestically produced operating system to make headlines recently. On Jan. 9, the Chinese technology company Coship Electronics announced that it had produced the country’s first smartphone operating system with independent intellectual property rights. The company’s chairman, Yuan Ming, said that the system, called 960 OS, took 15 years to develop.

Nonetheless,the new OS hasn’t gone down too well yet with Chinese consumers who say its a copy of Android’s OS. However, with a majority of hardware also coming out of China, and control disproportionally skewed in Beijing’s hands, neighboring governments too are sure to take note.