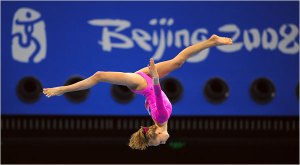 It took China 100 medals at the 2008 Beijing Olympics and a Grand Slam French Open win by Li Na, Asia’s first tennis player to win at the French Open ever, before India, recognized that it can learn how to train sports people from its superpower, athletic neighbor.

Awaiting approval from the Sports Ministry, Delhi, India now plans to send between 20-80 sports coaches for a four week training to the Beijing Sports University which runs a special programme to train China’s elite coaches and also looks after the training of top athletes. “We regularly send coaches to Cuba and Hungary and it has started paying dividends. Now, China has been included on the list and I hope it will further improve our performance,” Sports Authority of India (SAI) secretary, Gopal Krishna told the Hindustan Times. According to him, by the end of this year, Indian coaches will travel to the Beijing Sports University, to ‘imbibe’ the Chinese winning formula and put it to use in Indian conditions.

The idea of a bilateral technical information exchange has become common between the two countries, with Indian sending an increasing number of delegations to China to learn from their experiences. In the past, India has sent professionals from the fields of pharmaceuticals, agriculture, healthcare and urban development, and China has reciprocated by sening officials from the financial and software fields to India.

The SAI is also planning to take China’s help to train its sports scientists. “Our officers have also met scientists at the China Sports Science Institute and they have agreed in principal to train our sports scientists. But a written confirmation is awaited,” said the SAI official.