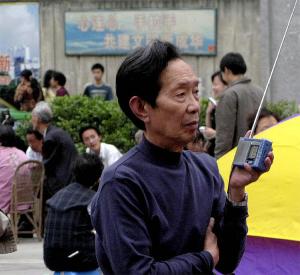 Even as 2011  brought in an anti-dumping duty of up to 266 percent on Chinese imports of  IT equipment into India,  the Mandarins are making inroads into softer Indian sectors such as media.

While Xinhua, the official Chinese wire agency has five reporters stationed in India, the state-run China Radio International is trying to buy frequencies to launch services in a move to widen its influence in the country. It currently broadcasts in four Indian languages – Hindi, Bengali, Urdu and Tamil – from Beijing.

“We’ve been trying to buy frequencies in India and are talking to some Indian companies who would like to work with us,” CRI’s deputy editor-in-chief Weigong Ma told TOI.

“We help build bridges, open up new windows and tell the world about the real China, the true China. We attract tourists to China and also tell Chinese about the places they can visit abroad. We recently launched a special service to promote Chinese tourism.”

While the Indian authorities toy with the idea of granting radio frequencies to the Chinese, also seen as a security risk to many in New Delhi, the introduction of a Chinese radio channel in India seeks to increase the Chinese web of influence in the region. Taking a softer stance, the radio channel hopes to alter negative perceptions the Indians have of the Chinese. Reaching out to thousands of listeners, the radio channel aims to increase awareness of each others culture, music and attitudes by sharing views and perceptions on both sides of the Brahmaputra.