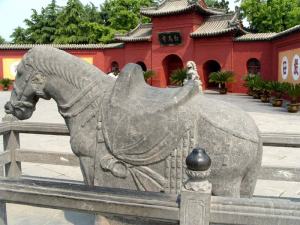 The rupee which has fallen 27 percent against the Chinese yuan this year is showing her true colours now. Imports from the factory of the world which as a consequence have become more expensive  have dropped, as have Indian tourism numbers to China.

While a drop in Chinese imports might be a boon to Sino-Indian balance of trade which hovers around US$ 20 billion in favour of China, the decline in tourism numbers isn’t a good sign of the times of come. Tourism not only boosts trade and cultural ties between our ancient countries, it also helps our citizens interact, understand and thereby trust each other more. Ultimately translating into more fruitful sino-Indian ties which stretch across boundaries.

According to the latest data provided by the Chinese Tourism, the number of Indians visiting their neighbour stood at 2,45,901 during the January-May period, an increase of just 0.72 per cent over the same period last year. In contrast, 57,319 Chinese tourists visited India during the same period, an increase of 22.8 per cent over the corresponding period the previous year.

China which currently ranks as the worlds third largest tourism market and is poised to become the worlds largest by 2015, is keen to attract more visitors from major Indian cities – Mumbai, Delhi, Bangalore and Kolkata. “We are increasing our budget for the Indian market. This year we have a lot of promotional activities planned in India as we see large potential there,” an official from the China National Tourism said without divulging the amount earmarked for the marketing activities.

China and India have a lot in common, besides culture and an extended history, our people have an ancient link with each other. Buddhism traveled from India to China, Fa Hein and a century later Xuangzhang both came to India in search of buddhist scriptures, the art of self defence, Shaolin today better known as a form of Kung Fu was started by an Indian monk in China. As a result of these exchanges, the flourishing silk route trade and buoyant diplomatic ties, China is trying to promote cities like Hangzhou, Xi’an and Luoyang, home to the white horse temple, besides the megapolises of Beijing and Shanghai to Indian tourists.