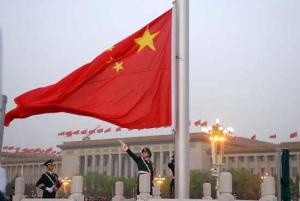 Marking the 90th anniversary celebrations of China’s ruling communist party today, Congress President Sonia Gandhi, who visited China last in 2008, during the Summer Olympics said India-China relationship has the potential to become “one of the foremost and most substantive” relationships of the 21st century. “The leaderships of both India and China are engaged in deepening political understanding which fosters respect for each others’ sensitivities,” she said in a written interview to China’s official Xinhua news agency. “Such a dialogue should address all vital issues of mutual concern through visits, seminars and a productive exchange of ideas, skills and experiences,” Ms. Gandhi added.

With reference to China being India’s largest trading partner, “The future beckons us to build what has the potential to become one of the foremost and most substantive relationships of the 21st century and one that is of lasting benefit for the people of both our countries,” Ms. Gandhi wished.  She also called for stepping up exchanges among younger leadership of Congress and Communist Party of China to enhance mutual understanding. Those areas could include infrastructure building, inclusive growth, employment generation and environment protection, among other things, Ms. Gandhi said.

1934-35 – Mao Zedong begins ascent to power during the Long March, a series of retreats by the Red Army to evade Chiang’s pursuing Nationalist forces.

1936 – Japan expands occupation of northeast China, the Nationalists join fragile “united front” with Communists to defend against the common threat. At the end of World War Two, the Nationalist-Communist civil war resumes.

Oct 1, 1949 – Mao Zedong proclaims the establishment of the People’s Republic of China. Chiang Kai-shek and the defeated nationalists flee to Taiwan by late in year.

1957 – Anti-Rightist Movement purges intellectuals and liberal reformers, whom Mao earlier urged to speak out and criticise the party’s errors.

1958 – Mao launches his “Great Leap Forward,” a campaign to catapult China into advanced socialism by massively increasing industrial and farm output through collectivisation. The plan collapses and brings widespread famine by 1961 that killed 30 million people by some expert estimates.

1966-76 – Mao, fearing that his revolutionary achievements will be betrayed by compromise and “capitalist restoration”, launches the Cultural Revolution, a violent campaign to rid the country of perceived ideological enemies, including senior Party officials.

Feb 1972 – U.S. President Richard Nixon visits China, curtailing the confrontation between China and the United States that began after 1949.

Dec 1978 – Party Central Committee holds “Third Plenum” meeting, marking the launch of reformist policies that eventually lead to the break of farm communes in favour of family-contract farms and other steps that develop into market reforms.

April-June 1989 – Students and workers protest for political reform and against corruption on Tiananmen Square in Beijing and also in other cities, before the army crushes the movement on June 4, killing hundreds.

2002-2003 – Jiang Zemin retires as party chief and then president, opening way to the “fourth generation” headed by Hu Jintao.