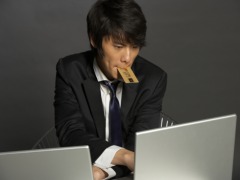 The People’s Bank of China, the nation’s central bank announced this week that it would allow non-financial companies to offer online payment services through licensed third-party players. The move which for the first time establishes a legal structure for China’s online payment industry is expected to affect e-commerce sites such as Alibaba and Tencent the most, as more of China’s over 400 million users shop online.

The new regulations allow third-party online payment services to apply for a licence with the central bank within one year beginning September 1. Under the new rules, companies seeking to run third-party payment platforms nationally should have a registered capital of not less than 100 million yuan (US$14.6 million) while those which operate provincial platforms should have not less than 30 million yuan in registered capital.

The present regulations are applicable to Chinese funded companies only, regulations for foreign funded companies will be issued separately the PBOC said. “The business scope for foreign companies, the requirements for foreign investors in such businesses and the investment ratios [for] foreigners will be stipulated separately and reported to the State Council for approval,” the central bank said. As a result, Tencent and 99bill will be the most affected, and will most probably have to alter their shareholding pattern as they are partly owned by foreign companies. Tencent is partly owned by Naspers, the South African media group, and listed in Hong Kong, while 99 bill is partly owned by US venture capital funds. Analysts fear other Chinese online gaming companies listed on Nasdaq, could also be hit.

Industry insiders said they believed the central bank’s main motive for restricting foreign players in the industry would be to protect ChinaPay, the platform run by the country’s banks.