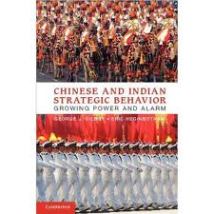 May 2012 saw the publishing of a book on the political strategies adopted by India and China. ‘Chinese and Indian Strategic Behaviour’ by George Gilboy and Eric Heginbotham, is a one-of-a -kind analysis that serves to dispel myths and notions widely held about India and China and their relations with the U.S.

India and China are more similar than they seem to be, claim the authors, despite the difference in governments, and the U.S. should not get too complacent in the knowledge that India could be a potential ally to the US and counterbalance China. Worrying about war and friction with China, the US has not stopped to consider the other emerging power as an independent entity, assuming instead that India will always side with the democracy. On shifting focus, from looking at India with respect to China to looking at India separately, Gilboy believes, one will realise how the growing nation might just add to rather than offset the perceived threat that is China. Citing the rates of expenditure on military power, U.N. agendas, issues of national identity as some of the similarities shared by the two, the authors stress on the point that a nation’s policy and outlook need not be dictated by its form of governance. “During the Cold War democratic India often aligned with the Soviet Union while China sometimes cooperated with the U.S. in balancing the Soviets,” said Heginbotham, as reported by The Wall Street Journal.

Questioning assumed perspectives and worldviews, the book adds a new dimension to our thinking. A polemical piece of work, it remains to be seen what the three dominant powers of the world make of it.