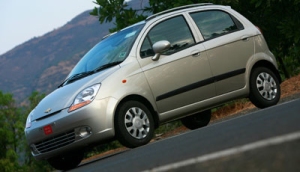 Chinese automaker Shanghai Automotive Industry Corporation (SAIC) will soon get a say in shaping the burgeoning Indian auto market as representatives of SAIC will sit on the board of General Motors India. The re-organisation of GM India’s board is due to a new 50:50 joint venture agreement between SAIC and GM China for support in expanding GM’s presence in emerging markets such as India. The JV was signed last December in Hong Kong. Until the agreement was signed, GM India was a wholly owned subsidiary of GM Corp (US).

Besides being represented on the board, the agreement will allow SAIC to appoint a joint MD to co-manage Indian operations for General Motors India. An appointment of 7-8 other senior management staff or “specialists” from SAIC will also be inducted into key departments of GM India, confirmed Karl Slym, president and managing director of GM India. The new Joint MD from SAIC, together with Slym will report to the new board.

“Yes, we will be recasting the board of GM India soon… it should happen at the next board meeting. While as of now the board comprises of directors who are GM representatives, the new board will have equal participation from both GM and SAIC,” Slym told the Times of India.

While initially, the SAIC officials are expected to kickstart the LCV business in India, their engagement will not be limited to the commercial vehicle business. The two companies plan to produce and sell small cars from their Shanghai-GM JV and mini-commercial vehicles from their SAIC-GM-Wuling JV.

Announcing the new JV, SAIC chairman Hu Maoyuan had said, “Changes in the worldwide economy have created new opportunities in emerging markets…By leveraging our individual assets and those of our China JVs, SAIC and GM are in a strong position to introduce competitive products outside China that will satisfy the needs of consumers in India and other high-potential global markets.’’

China, already the world’s largest car market has so far remained inconspicuous from the Indian car market. However as infrastructure spending rises in India, China sees a greater potential in the Indian auto industry. Further, going by the number of  appointments that SAIC is planning for India, the Chinese company has no intention of remaining a mere stakeholder but wants to have a more aggressive say in the running of the operations Slym said.