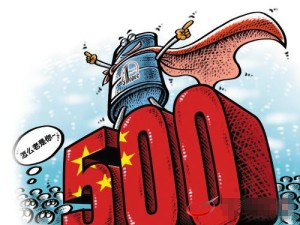 Clearly reflecting the shifting global and financial landscape, China was beamed to second place with a total of 73 firms in the annual corporate ranking by Fortune magazine. The Fortune 500, a merit list of companies which clearly demarcates China’s ascendance to the top, adding  12 new companies to the list this year, shows that the financial axis has already tilted East. While monetary and fiscal tweakings are necessary to keep China’s projected 7.2 percent growth on track, analysts expect these to be fine tunings, unlike India’s political changes which are much harder to fathom.

China’s strong presence on the Top global 500 companies, has propelled it to second place after the US, which sadly fell the most this year. “Although the US still hosts the lion’s share of Global 500 corporations, no country has lost more companies during the last decade. There are 132 US-headquartered businesses on this year’s list, down from 197 a decade ago,” the US business magazine said.

The latter two firms got on the list for the first time, while the biggest rise came from Zhejiang Geely, climbed 213 rungs from last year to No. 475.

Chinese banks moved up in the ranking, with the Industrial and Commercial Bank of China rising to No.54 this year from No.77 in 2011 and the Bank of China to No.93 from No.132 last year, according to the official Global Times.