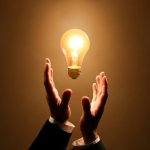 The sudden spurt in China’s focus in moving from a mass produced copying machine to one that’s focusing on creating their own high value made in China products and patenting them lies in the difference between innovation and invention. The dogma ridden Chinese education system, rooted in Confucian theories drills repetition and  group work into its masses, which leaves little room for inventing new products. As a result, with Beijing offering lucrative incentives for those that innovate, China is seeing a rise in innovating Indian, South Korean and Japanese products and services to make them more efficient rather than inventing their own. This lies in direct contrast to the Indian system of innovation colloquially known as ‘Juggad’, where Indians innovate on products and services to suit their needs or make them more efficient to their lifestyles, for example creating a dust resistant mobile phone with a loud ringtone and long duration battery life.

Besides, invention experiments in the recent past have left the middle kingdom badly burnt – the biggest being that it’s hard to impose innovation from the top down. This was especially apparent in the attempt to develop an indigenous technological standard for mobile telephony, when serviceable alternatives already existed. After investing billions to develop and commercialize the TD-SCDMA technology, known to the world as 3G or third generation mobile technology, Beijing has found few takers in China or elsewhere. Further, innovation based on careful study of consumer preferences is rare, especially when the consumers are outside of China. Chinese companies still place too much focus on expanding global market share with just-good-enough products instead of creating markets with totally new products. And in state-dominated service sectors such as banking, there has been limited product or service innovation.

While China, is known to have been the cradle of invention centuries ago, inventing everything from paper to gunpowder, the nation has fallen into a lull over the past decades. Realizing they are far behind the invention curve, the government is deploying all its forces to create a resurgence – altering policies, finance,research and creating a market. Take for example, Electric vehicles – this is an industry that is still very much open to innovation at the global level. Beijing is planning to invest US$8 billion in R&D at various companies in an attempt to meet a numerical target for market size by 2020. Government commitments to buy the cars for official fleets combined with incentives to consumers will guarantee a certain amount of demand. But, crucially, the actual innovation will be left to the private sector and how well Beijing implements its innovation policies.