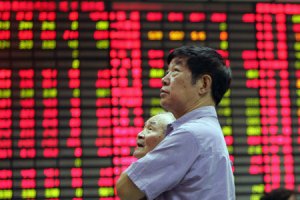 Despite rocky markets and turbulent times, China’s Initial Public Offering market has once again eclipsed the US, highlighting the shift in global financial activity from west to east. Companies raised US$73-billion from IPOs in Shanghai, Shenzhen and Hong Kong this year with the Hong Kong stock market adding maximum zeal, according to Dealogic – almost double the amount of money raised on the New York Stock Exchange and Nasdaq combined. Companies raised more than US$41-billion in Shenzhen and Shanghai, while Hong Kong alone rose US$ 32 billion even as stock prices tumbled to three-year lows.

Although the west saw large IPOs like Linkedin and Groupon list, the amount raised in global IPOs fell sharply by 40 percent from the previous year. That isn’t a one-year anomaly for China either. According to Ernst & Young, a whopping 46 percent of the world’s IPO sales in 2010 were from the greater China region — mainland China, Hong Kong and Taiwan.

Hong Kong retained its crown as the top bourse for the third year in a row, with US$30.9 billion raised this year. That figure compares with US$30.7 billion and US$18 billion, respectively, on the New York and London stock exchanges. Nonetheless, this too was low for China, as due to the downturn in the global economy many companies delayed or postponed their listing in China. The US$73-billion China raised was less than half last year’s total, compared with a 6 percent decline in IPO fundraising on US exchanges. The U.S. last topped the IPO league tables in 2008.

While many Chinese blue chip stocks prefer to list on US stock exchanges, the global downturn has created opportunities for several European and American firms to list in China, prominent amongst those in 2011 were Prada, Glencore and Samsonite.

“The pipeline of deals is still very heavy in Hong Kong,” Philippe Espinasse, author of IPO: A Global Guide told Globe and Mail. “A lot of deals were delayed or failed to launch this year, which means next year should be fairly busy as long as we get a breather on the macro front,” he added hinting that 2012, the year of the dragon according to the Chinese lunar calendar promises many more listings and higher fund flows East.