You are here: Home - [:en]Business[:zh]业务 - Doklam will alter India-China relations 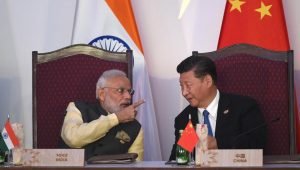 The tense stand off between India and China; a power play of strategy, sovereignty and territorial interests of two emerging Asian nations has the region in a tight wrap. With spillover effects into our economies and society, a clash between the Asian titians is unlikely, yet it’s going to take more than man and machine for either country to back off first.

With autocratic leaders at their helm, both China and India need to prove to the region and world, that the other is surmountable. As both nations flex their muscles, military analysts expect to see China test India on her vulnerable Eastern border more and India fight back with equal strength and vigour to protect her territory.

On the heels of China’s 19th Communist Party’s Congress, where Xi Jinping is expected to be confirmed for a second five-year term as General Secretary; scheduled to be held later this year, it is unlikely that Beijing will retreat. India too, for the first time has been playing hard ball and has used her historical and economic might to encounter China tooth for jowl. In fact, the Prime Minister’s Office has initiated its first ever in-depth assessment of Chinese investments in India’s neighbouring countries to assess China’s influence in the region.

While, people and companies that have invested in both countries remain cautious, the stand off at Dokalam will change India-China relations for years to come. This might just be the turning point where economic and diplomatic boundaries are laid for the next few years; determining where foreign, economic, education and other policies towards each other lie.