Close
Fraudulent trade between India and China – How to avoid it
July 14, 2011 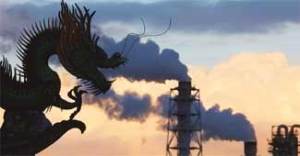 As India-China relations ebb and flow, see-saw between sweet and sour, Inchin Closer endeavors to cover the good with the bad, the scams with the triumphs and the conclusion of successful deals against trade barriers, for we hope that each success takes us a step closer and each failure to a better understanding.

In this endeavor, we cover the rising trade disputes between the two countries, which reflects the rising distrust among our traders. Inchin Closer has always stressed that to do business between India and China is not easy, its imperative to visit each others factories, get to know the people, build a relationship of trust, involve the Indian / Chinese Embassy / Consulate and conduct a through background check. As bilateral trade between India and China balloons – 20 percent in the first four months of 2011, trade disputes between the two countries have also swollen. It is one of the largest problems that Embassies on both sides of the Himalaya’s are fighting and a crucial factor which could lead to some serious repercussions in our economies.

Stemming from an underlying lack of knowledge about each other which stokes distrust,  smoked out by the dizzying profit from trade between the two countries, traders on both sides of the border are increasingly cheating each other.

Erring on the side of caution, and advising smaller Indian trading organisations from falling into the trap of making a quick buck from cheap Chinese goods, the Third Secretary (E&C), at Embassy of India in Beijing, Abhishek Shukla addressed recently addressed a letter to Assistant Secretary General Federation of Indian Chambers of Commerce & Industry, New Delhi, Atul Shunglu.

“Based upon complaints received from small and medium traders in India, a surge in cases of trade disputes between Indian and Chinese companies has been noticed by the Embassy in the last few months,” Shukla wrote.

It has been noticed that the maximum cases of trade dispute are originating from the provinces of Henan and Hebei and the municipality of Tianjin in China, he wrote. According to the Advisory, the amount involved under these cases of trade dispute was in excess of US$7.84 million (Rs 36 crore) in 2009 and US$5.43 million (Rs 25 crore) in 2010 (Jan-Nov). While the numbers of fraud might be small in comparison to the total trade of US$61 billion in 2010, the rising number has forced the Embassy to take heed and warn smaller Indian traders who risk their life savings on such deals.

Listing the five known ways Indian traders get duped, the Indian Embassy in Beijing has warned to consult with itself and seek  a list of companies that provide credit certification services in China, as well as insist on the companies registration certificate. If you require further details on how to avoid fraud or need legal advice please e-mail Inchin Closer on contact@inchincloser.com and we will put you in touch with relevant legal authorities in India and / or China.

Fraudulent means
Indian Embassy has listed five major methods by which Indian companies get duped by the Chinese companies, as follows.

When an Indian company is contacted by a Chinese company for business, after several rounds of talks, the latter invites the Indian company to visit their facility in China and also requests it to bring cash for arrangements and gifts for senior executives and other local officials, citing Chinese cultural values.

After having spent money on gifts, etc, the Indian company is promised of excellent cooperation, but after the officials  returns, the Chinese company goes completely silent.

“In the process the Indian company ends up losing cost on transportation, accommodation and the amount incurred for expenditure towards arrangements and gifts,” wrote the Advisory.

There have been many cases where an Indian company has been asked to send money in advance to a Chinese exporter whom the former found from B2B (business-to-business) portals and other online sources. “After receiving the payment the Chinese company breaks all communications, let alone sending the consignment to the Indian company,” Advisory stated.

Another modus operandi is that after a deal is finalised, the Indian company requests and receives sample of products from the Chinese company. Once the samples match the desired standards, the Indian company places further orders and makes advance payments.

When consignment is received at Indian port, the Indian company releases the LC (Letter of Credit) in favour of the Chinese company.  But after opening the container it finds that the product is sub-standard or totally different from what was agreed upon. Nothing happens when complains are made about the spurious quality, the Indian company ends up losing the advance and the amount towards LC.

There have been cases when the Chinese supplier of an agreed product at an agreed price delayed shipping after an Indian company has made part payments in advance.

The Chinese company cites excuses such as delayed payment from Indian company, increase in cost of raw material,  supplier failed to deliver products in time, etc, and asks for more money. If more money is paid, Indian company risks losing the entire amount, or else the advance paid.

The Advisory also cited another fraud in the form of Chinese company insisting on ‘Notarization of the Agreement’, before or after finalization of the deal.  Since the cost for this has to be shared equally between both the parties, the Indian company pays up and afterwards told that they need to pay extra since the ‘Fee’ has increased. The Indian company risks losing all its money it pays.

Dos and donts
In view of such rising instances of trade disputes, the Advisory has suggested that the Indian company must run a complete credential check on the prospective Chinese partner before entering into an agreement.  In this regard the Embassy can provide a list of companies that provide credit certification services in China.

One should also insist on having the registration document and other agreements signed with the Chinese company attested by the Embassy of India or the relevant Consulate. It was urged that the Indian company must not trust any B2B site for list of importers/exporters from China as most of the cases of trade dispute have emerged from such B2B sites.

As far as possible, Indian companies should desist making an advance payment until and unless the quality and quantity of product is ensured. If at all they do so, both the parties should operate through an ‘Escrow account’ or ‘Bank guarantee’ route before making any payment.

– as printed in the Deccan Herald.