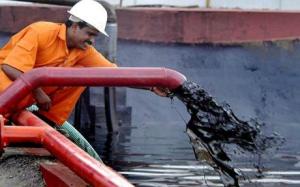 As of the second quarter this year, India overtook Japan in its demand for oil and is now second only to China, which was recently crowned the world’s largest energy consumer. According to Platts, an energy and metals research organization, the country’s demand for oil in April-June stood at 3.1 million barrels per day (mbpd), marginally higher than Japan’s 3 mbpd. China, with a demand thrice the size of India’s, registered the highest demand for oil in Asia.

By June this year, India also rose to become the world’s largest exporter of refined oil. The nation’s net exports stand at almost 1.20 mbpd per day. India supplies a majority of her refined oil to the United States.

“The growth in India’s oil demand is an indication of an economy doing well,” said Vandana Hari, editorial director, Asia, Platts. “The Indian economy was not as badly hit by the slowdown in 2008 as it is not as dependent on exports as China or Japan, and staged a faster recovery than its Asian counterparts.”

Over the past few months, Indian oil companies have been making serveral acquisitions both overseas and in India. Oil India Ltd., a state-owned explorer, has hired seven banks including Citigroup Inc., Deutsche Bank AG, BNP Paribas, Nomura Bank International Plc. and Morgan Stanley to help complete an overseas acquisition this fiscal year as it seeks to boost the country’s energy security. India also plans to set up a sovereign wealth fund to help state-run explorers compete with Chinese rivals for overseas energy assets is also exploring energy opportunities in Vietnam, Cambodia, and Africa. Owning to the boom in the Indian oil sector, 51 percent of Cairn India, the Indian arm of Edinburgh based Cairn Energy too was recently sold to Vedanta owned by energy tycoon Anil Agarwal for US$8.5 billion.

While India’s growth is only expected to keep oil demand rising, the nation will need to learn to manage its energy requirements, maintain sustainable and environment friendly standards and control prices as consumption increases. The onus of being one of the world’s largest energy consumers is a responsible one and India will have to soon step up.