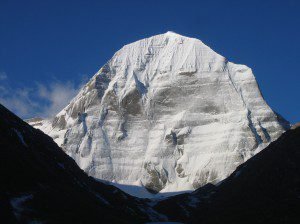 Known as the abode of Lord Shiva, one of Hindu’s famed trilogy, Mt. Kailash, located in Tibet is only accessible from China. Tense border security due to a land route from India to Tibet had deterred Beijing in allowing pilgrims access up until now. Following President Xi Jinping’s visit to India last year, the neighbours decided to to give God a chance and open the sensitive land route. As a result, for the first time this summer, more than 30 Indian pilgrims traveled from Sikkim in northern India, across a 14,000-foot-high mountain pass into China and then journeyed more than another 900 miles to reach Kailash. The pilgrims were the first tourists to enter China at Nathu La since the 1962 war between India and China. Nathu La pass has until now just been accessible to traders with a permit  during the summer months.

The possibility of going to Mt. Kaislash will seek to soften people to people relations between India and China. The diplomatic warmth is sure to translate into a rejuvenated feeling of camaraderie between the people as positive and free exchanges take place. In a land like India, where religion is held high and close to ones heart, such soft measures will go far in sealing friendly ties.

Mount Kailash also known as 冈仁波齐峰, Gāng rén bō qí in Mandarin lies near Lake Manasarovar in Tibet. According to Hinduism, Lord Shiva, the destroyer of ignorance and illusion, resides at the summit of Mt Kailash where he sits in a state of perpetual meditation along with his wife Pārvatī. He is considered to also be the Lord of Yoga and divine master of Tantra.  Tantric Buddhists believe that Mount Kailash is the home of the Buddha Demchok, who represents supreme bliss.