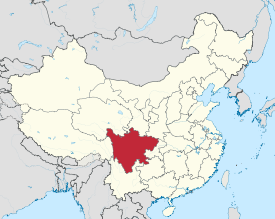 The 中国 adventure continues and I’m all aboard a flight to Chongqing in Dalian, from where I’m driving west across provincial lines to Long Chang, a small town in Sichuan. I’ve got my travel essentials with me, and I’m all set to spend a month in small town China, flicking my indicator to switch lanes from the fast to slow. Sichuan is known for being home to the most laid backed Chinese in the country, playing mahjong all day and combatting life with beers, and baijiu. They’ve also got the most spicy food in the country, apparently they don’t do non-mouth burning, ALSO it’s  home to the hot pot cuisine. So I’m expecting lots of meals with meat being boiled to the spicy legions of Chinese hell.  I’ve also been told by many that Sichuan is one of the most beautiful places in China, located in the center west of China, I’m going to be in the heart of the middle kingdom. The eastern end (where I will be) is the more fertile part of the province with the Yangtze river flowing through, while the west is mountainous, with the huangma mountains that continue on into Tibet.  Tibet, Dalian and Yunan are not going to be very far from me at all, and I’m so excited to be on the road again, not since my amazing journey to Yunan about 2 months ago now. So why exactly am I going to Sichuan?

Well from the heading you already know I’m going to be doing some form of teaching. In so many words, a friend opened up a small English learning center in his home town (long Chang county) and he’s been looking for foreigners to come teach the locals the world’s language. The school is essentially a start up, having only opened 6 months ago, therefore getting foreigners to journey to this small town in Sichuan is not easy- funds,rural area being some of the reasons. However, With all my essentials taken care of: housing, transport, food and modest pay; I’ve been promised a month high on adventure and I’m enthusiastic. Currently writing this while waiting for my flight to take off, I don’t know much of what to expect work wise, but I’m going with the flow on that one. If I can help some young Chinese kids learn some English, a skill that will be crucial to their future success, then I will be more than happy. 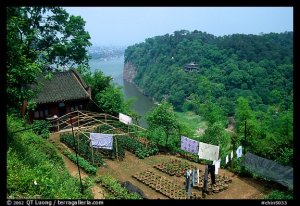 After a very successful month working for the Chunqiu institute in Shanghai, a position I will retain doing my writing remotely; and having a great time in the city in general, I’m really excited to see what’s going on in this part of the country. While the worlds eyes have been on China’s eastern seaboard, there have been major urbanization projects in the western parts of the country, many are currently in motion. Large areas of rural farmland being converted in a matter of months into urban jungles full with skyscrapers et all that compete in size with the worlds best. By population, cities like Chengdu (capital of Sichuan ) and Chongqing(capital of Dalian) , are bigger than Mega cities like New York, London and Paris. However, human development including education and social institutions are from even being considered in the same league as above mentioned global cities. The rapid development means there has been a lot of change in a very short period of time, and it will be really educational to live and travel around the area, getting a feel of the changes taking place. After all, who knows, nondescript cities today could be on the global map very soon. Look at Chong Qing, construction on a transport route to Brussels in Europe is already on the way, could the legendary silk Route ( Xi’an to Europe and parts of India) be coming back to life in the 21st century?

Also taking bloom in this land are much of China’s creative minds- artists, designers, painters, musicians etc. Chong Qing is home to be the new home to many of China’s new generation of artists, likewise in Chengdu there is a growing rock scene. There have been major investments made by the local governments to encourage this as they try and add character the planned growth. Government trying to “plan” creativity sounds a bit ironic to me, and it’ll be interesting to see what’s happening on the ground.

So lots to see and do for my roving eye during the next month, which suddenly seems like no time at all. I’m interested and slightly nervous to put my Chinese to test in these parts where native dialects take precedent over mandarin. My already severely compromised comfort zone is sure to take a beating over the course of the month, I hope I’m ready. I’ll be doing a lot more writing , since I expect to have a lot more to write about than recent months, so watch this spot, bookmark this page or like the Facebook page (or follow me on Weibo) to be in on the updates.