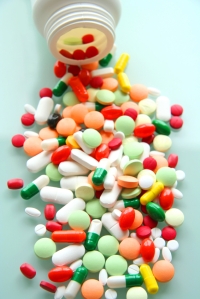 Low manufacturing and R&D costs, coupled with government incentives for generic drugs (off-patent) as against higher priced branded drugs in India and China is expected to force most pharmaceutical companies to shift their focus to manufacturing in these two countries over the next few years.

As India and China upgrade health facilities, invest further in R&D and manufacturing plants and expose more of their population to generic drugs the market is expected to expand exponentially. China is expected to become the world’s third-largest market for prescription drugs in 2011 and India is expected to grow 30 percent by 2013-14 to US$ 18 billion, also becoming one of the top five generic drugs markets. Both nations are currently competing with each other head to head to gain supremacy in the generic market.

Branded drug makers worldwide are expected to face huge losses in annual sales by 2016 as patents expire and cheap generic versions of their blockbuster drugs foray into the market. As a result, many large pharmaceutical companies are buying out smaller Chinese and Indian firms to remain competent.

According to industry analysts, China, India, Latin America and Central and Eastern Europe (most notably Russia), represent attractive growth opportunities for generic drugs. India and China now account for roughly 25 percent of the global generic market and demand in these countries is expected to remain strong for the foreseeable future as the middle class continues to emerge. To that end, China is projected to have the highest average annual growth rate at 18.4 percent and India’s market will grow by 14 percent through 2013.