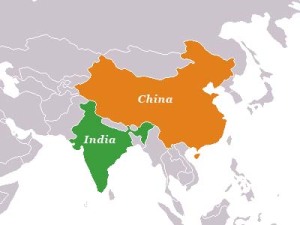 Signaling closer ties, between the neighbors, both India and China indulged in several political, economic and trade, social defense, cultural and tourism as well as education, science and technology based endeavors during the year to align the two nations. Inaugurated in 2010, at the behest of President Hu Jintao’s visit to India, the China-India Friendship year did sweeten ties between the countries who often swing between sweet and sour relations. On the whole, during the year, trade improved, people to people interactions increased, exchanges were organized on all fronts – scientific, industry, and agricultural and cultural programs sought to enhance our understanding of each other.

“Today’s world is undergoing profound and complex changes,” said Dai Bingguo during his speech at the Indian Embassy in Beijing, adding that the two nations thus should work together even more closely for further development, “which is also conducive to the peace, stability and development of the world.”

The two sides should follow the historical trend of peace and development, and enhance their communication and expand their cooperation, keeping in mind the welfare of the people of the two countries and the overall situation of the bilateral ties, to develop the China-India strategic and cooperative partnership, he added.

Earlier, Indian ambassador S Jaishankar said though both countries have their share of challenges, building on commonalities while managing differences was the way forward. “Certainly, we have our share of challenges. A settlement of the boundary question still awaits us. A fairer and balanced economic relationship is also necessary. We must remain continuously sensitive to mutual concerns,’’ Jaishankar said.

High-level exchanges will be maintained between the two countries in the sectors of information and technology, finance and infrastructure.