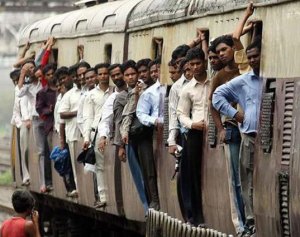 The average fare of a railway ticket last year was five times more in China than it was in India. So increasing railway passenger fares for the first time in eight years seems prudent for India’s Railways Minister Dinesh Trivedi, who delivered his maiden budget in India’s Parliament today.

Snapping a populist trend to help mend the finances of a creaking network that is a bottleneck for growth in Asia’s third-largest economy, Mr. Trivedi increased fares by a few paise per kilometer (100 paise make a Rupee). Accordingly, over a 100-km run, the fares will go up by Rs.2 on suburban and ordinary II class trains, Rs.5 for sleeper class, Rs.10 for AC chair car and III tier, Rs.15 for AC II tier and Rs.30 for AC first class, a minimal change for what the government promises – better safety on trains, smoother freight lines, more efficient delivery times and de-clogging ports, all which will auger well for India’s booming economy.

Earlier this month, the government raised rail freight rates by nearly 20 percent.India plans to add 700 kilometres of new rail lines to its network in the fiscal year starting in April. India, which has one of the world’s largest rail networks but also spends relatively the least on up gradation is planning to invest US$147 billion in the railways during the next five-year plan period that runs from 2012 to 2017.

The Indian railways is the nations largest employer, and hinting at the importance of the veins of steel that criss-cross the country, a legacy which the British left India richer by (currently 80 percent of India’s railways were built by the British, before India’s independence), the Railway Minister said “If we do not strengthen Indian railways, I’m afraid we weaken our country.” From 1990 to 2007, which parallels India’s economic rise, the country built 960 km of tracks compared with China’s 20,000 km over the same period.

Railways, are an important segment of both Chinese and Indian economies, warranting its own budget in India, Chinese trains which are known to reach speeds of almost 500 kms/hr, are the life’s blood of its people. During Chinese New Year, trains overflowing with people trying to get home leave China’s coastal cities for the interiors of China. Its trains that are competing fiercely with airlines that have boomed in the past few years, offering consumers both comfort and convenient travel. High speed railways which have been both criticized and praised in China now link her two capitals – Beijing the political capital and Shanghai, her financial capital in under 5 hours. While this is still a dream in India, it doesn’t undermine the importance of the railways in the subcontinent either.