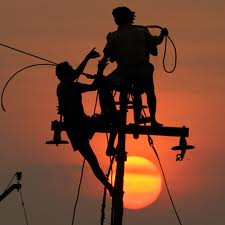 Imports of power equipment to India from countries, mainly China, are becoming increasingly cheaper, damaging domestic manufacturers, as a result, New Delhi has taken a decision to impose a 10 percent import tax on big power projects effective in a few weeks. The tax seeks to reverse a policy of zero import duty on equipment for mega projects introduced to meet India’s urgent capacity shortages, said Arun Maira, a member of the government’s Planning Commission who led a committee on equipment imports told Reuters. Currently, 5 per cent customs duty is imposed on equipment imported for projects awarded through global bidding, while there is no duty on power equipment sourced for mega projects with a capacity of 1,000 MW and above.

IndiAs preferred power equipment suppliers to a majority of projects in India, Chinese manufacturers, have been the dominant suppliers in India over the past few years. India is soon expected to become the world’s largest buyer of power equipment spending around US$140 billion on power infrastructure in the five years to 2012, close to half of the projects are from the private sector. China won projects worth 36,800 MW in the last two years alone, equivalent to more than half the added capacity India is likely to achieve by 2012. India plans to spend $1.5 trillion on infrastructure from 2007-17 to overhaul the roads, railways and power plants in Asia’s third-largest economy. It plans to add 100,000 MW in the next five year plan from 2012-17.