Close
India woos the Chinese with its soft power
October 7, 2010 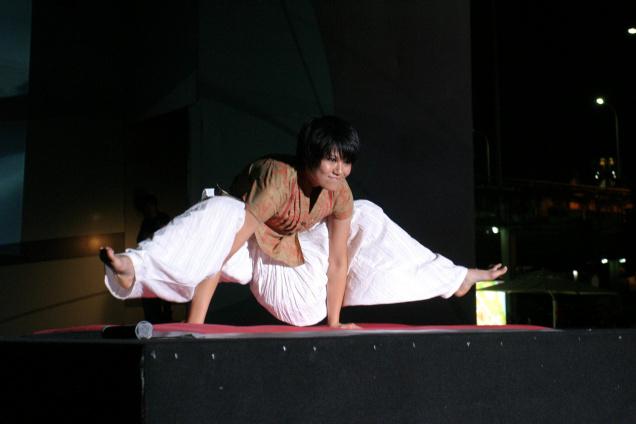 In a bid to seal India-China friendships, the Indian Embassy in Beijing is setting up three yoga academies and hosting dance shows in 14 Chinese cities to boost direct people to people relationships.  “What we are trying to do is build an overall Indian brand in the eyes of the Chinese,” Ambassador S. Jaishankar told The Hindu. “And building a brand is not a political issue. Economic ties are one part of it, but it is important for us to have a cultural message, especially when there is a bias towards respecting [Indian] history and culture [here].”

While both Bollywood and yoga are not new to China, having being introduced in large cities by Indian expatriates for years, the push by the Indian government in China adds significance. Throwing aside any doubt of a war between the two countries, it portrays that India is keen to develop a long lasting relationship with China and create a bigger presence in the Chinese consciousness. Although India has been trading with China for centuries, India, beyond its image of beautiful women, Bollywood and or late yoga is little known in China.

Being one of the first foreign films in China, Raj Kapoor’s song ‘Awara Hoon Mein’ can be belted out by almost any  40-50 year old in China. The mandarins love Indians big eyes and graceful expressions. Of late many gyms that offer aerobics and dance classes, now also cater to yoga in different forms. Yoga centers have also been set up by enterprising Indians and Chinese smiten by the yogic bug. Sensing the huge demand in relaxation techniques yoga offers, the Indian government has agreed to set up its first yoga school in Shanghai, tying up with the Shanghai Film and Art Academy. Two more schools will be set up in Anji, Zhejiang province, and the ancient Silk Road capital of Xian, where Indian Buddhism first arrived in China. A yoga research centre will also be set up, in collaboration with Chinese hospitals and universities, in 2011.