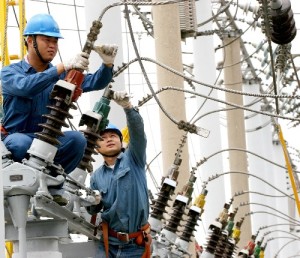 The first deal to be signed was Shanghai Electric’s US$10 billion deal with Reliance power for 30,000 mw capacity boiler, turbine and generator packages for its coal-based power plants. Then last week, the Essar Group signed an agreement with China Development Bank Corporation, under which the conglomerate would get priority lending for US$3 billion when it buys equipment for its power, shipping, and steel business. Over the weekend, Abhijeet Group and KSK Energy awarded Dongfang Electric Corporation with an order size of US$2.7 billion for super-critical units for burning coals power and wind power equipment, respectively.

While the deals will take a few years to be functional, Indian power equipment manufacturers such as L&T, State-run Power Grid Corp of India Ltd and National Thermal Power Corporation which have been protesting such Chinese incursions are threatening to cut investments in India and have repeatedly asked for import tariffs to be raised against Chinese equipment manufacturers.

Adding 100,000 mw energy domestically in the last year itself, China is also once of the worlds largest energy exporters. India aims to expand its power capacity by 100,000 mw over the coming five years, at an investment of Rs 500,000 crore. According to the Central Electricity Authority India faced power shortages of as much as 10.7 percent during peak hours in August. The current installed generation capacity is about 165,000 megawatts. New Delhi has pledged to provide electricity nationwide by 2012, which would require an installed generation capacity of 200 gigawatts to sustain economic growth of 8 percent, according to the power ministry. Since the majority of this expansion would be funded by private players, their decision to opt for Chinese equipment manufacturers could result in the Indian exchequer losing Rs 180,000 crore, according to MS Unnikrishnan, managing director, Thermax.