Close
How to make learning Chinese language easy
May 25, 2021

Have you tried learning Mandarin from any other language besides English? While pinyin is the defacto phonetic system for foreigners to start speaking Mandarin fast, Hindi and other native Indian languages ranging from Tamil, Bengali, Malayalam and Marathi all make learning Mandarin pronunciations easy. In this article, we hope to answer the often asked question is Chinese language easy?

Learning Mandarin from Indian language is easy because, Indian’s in 3000 B. C. were able to map the mouth into five varga’s or groups depending on the various sounds humans could make. These five varga’s were based on the Brahmi language from which most Indian languages have originated. Brahmi is the modern name for a writing system of ancient South Asia and includes writing some of the earliest forms of Sanskrit too. 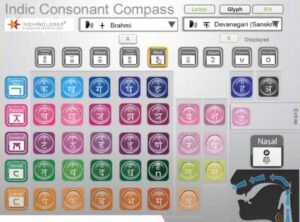 Inchin Closer’s HSK Chinese language courses focuses on conversational Mandarin, ensuring you learn to speak Chinese with confidence, so you can command a business meeting, make friends in Hong Kong and Singapore or gain an edge while applying to universities abroad.

Interestingly, this map of the mouth, created by ancient Indians doesn’t only apply to Indian languages but to all languages since it’s based on basic mouth movements. Since Indian languages and Mandarin are direct descendants of this mouth map, the sounds made in Mandarin can easily be mapped to sounds in Indian languages.

Therefore, both Indian languages and Mandarin have mirror sounds from the five sound groups. These are – guttural or back of the throat, palatal – from the palate, cerebral or from the roof of the mouth, dental where the tongue touches the teeth and labial emanating predominantly from the lips.

At Inchin Closer, we understood early on that Mandarin was best learnt from Indian languages and so we mapped the Mandarin pinyin script to Hindi, India’s national language. Learning Mandarin phonetics from Hindi made Chinese not only fast to pick up for our students, but also much easier since they were learning from a language and sounds that were already very familiar to them.

The event that we recently held with Mr. Stuart Jay Raj added scientific facts and historical proof to our teaching methodology of applying Hindi while learning Mandarin. During the talk, Mr. Raj explained the mouth map and clearly demonstrated how Mandarin sounds were just mirror replicas of Devanagari, a system of Hindi. To see the full video and uncover how easy it is to learn Mandarin, click here – https://www.youtube.com/watch?v=s0M12_W-754

Since we are busting facts and highlighting similarities between Indian and Chinese languages, here are some more eye openers –

Which country is Mandarin language spoken in?
Mandarin is the official language of the People’s Republic of China. It is also one of the United Nation’s 6 official languages and is spoken widely in most parts of South East Asia including Singapore, Thailand, Vietnam and Cambodia.

What are the languages spoken in China?
China has many dialects spoken within the country. Each province in China has its own dialect, for example people in Shanghai, speak Shanghainese, those in Beijing speak Beijinghua (hua meaning language) and those in Guangdong in the south, speak Cantonese. The difference is that the spoken dialect for each of these provinces sounds different from Mandarin, but the written script is the same. This is why when Chinese people don’t understand each other they often write it down.

How many words / alphabets in the Chinese language?
Mandarin doesn’t have alphabets, instead it has characters. Each character is a syllable which means a word consists of either one, two or three syllables. Many Mandarin characters originated from everyday objects ancient Chinese saw around them and are therefore pictorial. However there is a specific stroke order to write each Chinese character and therefore, Chinese language is said to activate both the left (creative) and right (logical) sides of the brain.

What is the best English to Chinese translator?
What is the best Chinese language app?
The Inchin app available on both android and iOS is a fabulous app to practice Mandarin. The app helps students of the language practice Chinese through interactive stories which makes learning engaging, immersive and very interesting. The Inchin app also has an amazing analytics section which measures students progress based on pronunciation, fluency and accuracy, thereby enabling students to track their progress in the language.