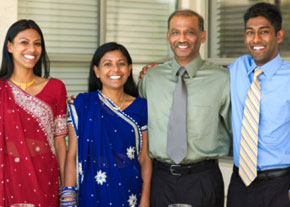 In a survey conducted by Credit Suisse, Asian family businesses are becoming a pivotal pillar of economies in the region, with 261 percent cumulative return and sixfold growth in the last decade. Family-run businesses also outperformed the local benchmarks in seven out of the 10 regions, with strongest relative outperformance in China, Malaysia, Singapore, and South Korea, according to the report.

In terms of market capitalization, however, family businesses only account for 32 percent of the region’s total, with 49 percent in South Asia and 25 percent in North Asia. The market capitalizations of these businesses were equal to 50 percent and 27 percent of nominal GDP in South and North Asia respectively. Due to employment in Asia being driven by the public sector, however, family businesses only contribute to 0.7 percent and one percent to the total labor force in the regions.

Family businesses in general tend to be more prominent in traditional sectors, notably banks, real estate, industrials and consumer sectors. This comes as no surprise, given that family management has historically proven to be conservative in innovation and typically avoided high-risk new ventures. Only South Korea, Taiwan, and India had a higher concentration of technology-focussed businesses, due to the technologically driven structure of their economies.
Capital intensive industries such as telecom, energy, and utilities do not have a lot of family businesses either, as these industries are often state regulated and monopolized.