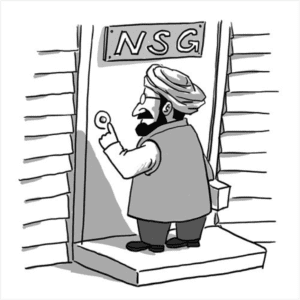 The Asian hotpot is simmering again. India’s bid to join the Nuclear Suppliers Group (NSG) has put Sino-Indian geopolitics back in focus – this time with the added masala of India’s arch nemesis and China’s ally: Pakistan.

The Nuclear Suppliers Group is a group of nuclear supplier countries, which aim to stave off nuclear proliferation by monitoring exports of raw materials, equipment and technology that can be deployed to create nuclear weapons. China is spearheading strong resistance from a handful of member countries to India’s NSG bid.

Beijing’s official party line is that India has not signed the Non Proliferation Treaty (NPT), which is a vital criterion for membership to the NSG. The not-so-subtle subtext is that Pakistan has also retaliated to India’s NSG bid with one of its own – and China is the key instigator behind Pakistan’s nuclear program. In an ironic twist of fate, India will have to bear the brunt of Pakistan’s poor track record. If Pakistan doesn’t get in, India’s not getting China’s vote.

If Pakistan has built its nuclear resources from the ground up, it is largely due to the fact that China has supported it consistently, in gross violation of its own commitment to the NSG. Given Pakistan’s dubious track record of harbouring terrorists (it hasn’t signed the NPT either) and the fact that the father of its nuclear program sold nuclear technology and secrets to Iran and North Korea, red flags are waving madly across the globe about its acceptance into the NSG.

But while China is in the spotlight as the Indian bid blocker, the fact is that several countries have reservations about India’s acceptance into the NSG because of its refusal to sign several other nuclear treaties – which India has historically deemed biased. (The added fact that having three neighboring countries with nuclear technology in such close proximity to one another creates a delicate balance) But again there’s a subtle subtext here – they might not be so against the idea if India signs off to build more nuclear reactors – with their help. “All these countries were drooling at the possibility of selling power plants to India and that made them enthusiastic backers of India’s exceptions.

But it hasn’t worked out that well,” says Micheal Krepon, a nuclear proliferation expert and co-founder of the Washington DC based think tank called the Stimson Center. Until now. While Prime Minister Modi is jetting around the world to garner support for this bid, this may also well explain the sudden spate of enthusiasm back home to sign off on the building of nuclear power plants in several parts of India in the past year by the current administration (despite reservations from various citizen groups). Indian officials are only too happy to point to the recent deal finalized by Westinghouse (USA) to build six nuclear reactors in India.