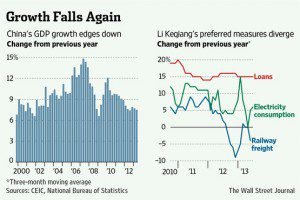 Fiscal pressures have contributed to Beijing following New Delhi in contributing to freeing the economy and liberalize growth. Barely a week after India opened FDI in the telecom and defence sectors amongst others, China announced tax breaks for 6 million small businesses, reduced fees for cash strapped exporters and paved the way for the opening up of railway construction. At a time when banks in both nations are constricted for cash, governments have no choice but to release the economy through alternate means.

Post a meeting by China’s state council, Beijing announced what is expected to be the first of a series or micro-measures to boost the economy whose purchasing managers index and growth rate slumped drastically. Forecasting a similar trend for the rest of the second quarter, China economy watchers expect the government to open additional sectors to FDI, thereby boosting growth. Unlike 2009 when the government gave banks the green signal to flood the economy and boost consumption, this time round the banks have little bite, leaving the onus of bailing the economy on both central governments. 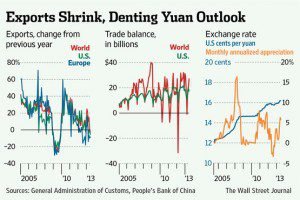 Pledging to keep the yuan’s exchange rate which has risen the most amongst Asian currencies, stable,  Beijing is also encouraging domestic private investments in specified sectors. With several local governments unable to propel the weight of the economy alone, President Xi has hinted that in order to achieve the Chinese dream, private players too will have to pay their part. Expect large ticket investments from private Chinese players, which will change the economic landscape of China which has until now heavily depended on state owned entreprises. The announcement of a tax fillip to Chinese SME’s is a step in this direction.