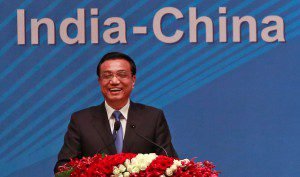 All of a sudden, there is a flurry within Chinese business and diplomatic circles present in India. Nike Air Max 90 Hyperfuse Heren A sense of urgency prevails, to get things moving, paperwork pushed and machines brought in, companies established and capital pumped in, associations formed and collaborations sealed. Nike Air Max 90 Honeycomb Dame The Chinese within India have jumped into action and want things done in double time. They finally want to see results. Nike Air Max 90 BR Heren As India’s new Prime Minister gets sworn in today, many Chinese companies are going all guns to make their mark on the Indian subcontinent. Nike Air Max 90 Dames Chinese companies who have up until now sat quietly on the sidelines speculating about where to invest are now swooping into the country to strike it rich. As China’s GDP falls from her supersonic highs, and the economy stagnates as inflation balloons, Chinese companies are looking beyond their comfort zone of South East Asia – which they’ve already explored and are now bolstered with cash to invest further afar. India is a prime target and Chinese companies already in India have crunched their numbers long before Modi said – I do. Air Max Tailwind 7 Goedkoop In a recent discussion with an Indian law firm, Inchin Closer learnt two very interesting facts – one Chinese companies that have little presence outside the mainland are eagerly looking to expand into India. Unsure of how to enter, they are keen to penetrate this mystic land to their South. Secondly and more importantly, fueled by Modi’s emphatic speeches on efficiency and productivity, Chinese companies already present in India as well as Indian companies who have stakes in China are ready to increase their investments in India. Without naming persons or companies, the future looks brighter for India and China bilateral relations on an economic standpoint. For electing a Prime Minister who has been to China four times, has shown is interest in East Asian philosophies and stands for productivity, it is most likely, that stemming from these strong economic ties, our nations will be able to build more enriching bonds of trust and understanding. Nike Air Max 1 Heren It is Inchin Closers endeavour, to then to see these economic bonds translate into cultural ties.