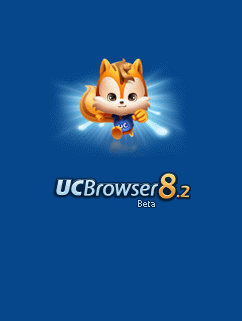 Chinese companies high on softly wooing the booming Indian telecom and technology space are finding a profitable niche for themselves. In 2002 it was handset maker Huawei that stormed the Indian telecom space, more recently instant messenger service Wechat broke ground by introducing India to voice chats – a league above the popular incumbent whatsapp and now, Chinese mobile browser UC Browser claims to have powered 29.9 percent or every 1 in 3 of total Internet traffic on phones.

While the Indian government remains apprehensive and often takes a stand against such software’s surreptitiously entering the Indian marketspace, UCWeb has big plans for India. In addition to hiring local talent, the Chinese browser which is available on most Nokia Symbian and Google Android devices is also looking at tying up with local Indian handset makers to increase its presence. Further, its increased market share (60 times growth within India alone in the last three years) is also due to the company extending its global partnership with Samsung and LG to the Indian market.

India continues to remain one of the worlds fastest growing telecom markets, which makes her an attractive playing ground for many mobile software and hardware producers.  Additionally, with both neighbours facing similar last mile issues, technologies developed for specific problems in both economies tend to excel. Analysts assuage UC Browsers success in India to its features as a modern, easy to user interface. Especially, its ability to cach video for offline viewing, This they say is itself is a great feature in India, as not all mobile users have access to fast downloads, either because of their network, data plan, or device itself.

Collaboration as against competition needs to command the Indian telecom space here too (Inchin Closer has pointed the same out for technology, power, pharmaceuticals and healthcare etc.). By building technologies that are specific to both our economies, we can together alleviate our people, yet government grouses on the pretext of suspicious technologies are hampering this revival. Its a sticky situation for the government to be in – give her people access to technology allowing it to sync in or protecting her people and living in an isolated world. Which would you prefer?