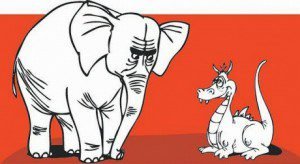 To boost Sino-Indian relations, Chinese foreign minister Wang Yi will visit India on June 8 to meet Prime Minister Narendra Modi. The visit is to be followed by President Xi Jinping who is expected to be in New Delhi in November. The last Chinese head of state to visit India was Primer Li Keqiang in 2012. Going by the growth trajectory, China’s expectation from India’s newly sworn in government and the deals that were initiated in 2012, the president’s visit will promulgate China-India ties to a new crescendo.

While their political ascent is drastically diverse – one a princeling, another an ordinary tea seller to prime minister, the hope is that Xi Jinping and Modi’s meeting will signal better days for our bilateral relations. On the cards are rising exports, consolidating their stance during international and regional meetings and coming to an agreement on the contentious border issue.

The stakes are high. both governments have a vested stake to bring to the table. Many Indian companies including the Reliance group and Adani Power who have grown up in Modi’s backyard are indebted to the Chinese, further, as the Chinese economy stagnates, India is a highly lucrative market to invest in. How each goes about it and which interests are held will only be laid out when Xi and Modi meet in November, later this year.

The key players to look out for from the Indian side would be Mr. Narendra Modi himself and the minister of external affairs Sushma Swaraj. Mrs. Swaraj who is the first woman to receive the MEA portfolio ever has little experience in foreign policy or international affairs. It is hoped that she can bring India’s sweet and sour neighbors closer.

On the Chinese side, besides President Xi himself and foreign minister Wang Yi Premier Li has played a special role. Premier Li, was the first foreign head of government to call Mr. Modi since he took over as Prime Minister. During the 25-minute telephonic conversation, the two re-committed their desire for economic cooperation, maintaining frequent high-level exchanges and communication and developing foreign policy.

Evidently, the two countries can do a lot together if they work symbiotically, yet how this relationship between the prince and pauper work will be interesting to watch.