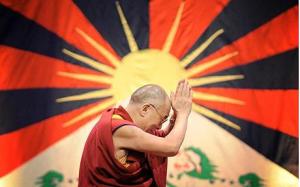 The Dalai Lama, whose role functioned as the spiritual leader to the kings of China in the days of yore, is returning to his erstwhile post.

Relinquishing his duties as political head of the Tibetan people in exile yesterday, the Dalai Lama said he will continue to provide spiritual solace worldwide.  The move which is being closely watched by both sides of the Himalayas over which he escaped into India, comes on the heels of a series of sensitive anniversaries, including the 52nd anniversary of the Tibetan uprising in 1959 and the third anniversary of the deadly 2008 monk-led riots against Chinese rule. Announced in the aftermath of the Jasmine Revolution which is being carefully monitored for  fear it will boil over into China, and during the Chinese Communist Party’s annual meeting, the Dalai Lama’s decision has increased tensions in Beijing and resulted in serious security measures in Tibet.

While the governments in both neighboring nations offer drastically differing opinions on the move – one ridiculing the decision and closing Tibet off to foreign tourists during March citing dangerously cold weather, while Lhasa bakes at 12 degrees Celsius, and the other maintaining that The Dalai lama is an honored guest of the state and a respected global spiritual leader, the Dalai Lama’s decision will test India-China relations.

As per the Constitution of the Tibetan government in exile, the Dalai Lama has the power to appoint and dismiss the parliament and top officials such as chief justices, attorney-general, auditor -general, etc. Also, all the resolutions passed by the Tibetan parliament become law only after they are endorsed by the Dalai Lama. With Thursday’s announcement, all these powers will be passed on to the prime minister of the government in exile. The parliament will have to make new laws for the devolution of these powers to elected officials, hopefully beginning a truly democratic system of governance

By shedding his political responsibilities and opening a new space in the stalled negotiations with the Chinese government on the future of Tibet, the Dalai Lama has constructed an opportunity and a challenge for Beijing and New Delhi.  More fundamentally, the Dalai Lama wants to stay a step ahead of Beijing in setting the terms for the tumultuous politics that might follow his death and the choosing of the next Dalai Lama. The real challenge to Tibetan Buddhism is yet to come. Earlier this week, the government of China announced a new law, to go into effect next month, stipulating the procedures by which a lama may reincarnate. Beijing has also ordered that the 15th Dalai Lama must be born in China and will be recognised by government authority.Beijing which has nicknamed the Dalai Lama a “wolf in monk’s robes” who is hell-bent on “splitting the motherland” will now have less ammunition against the spiritual leader, whose decision will turn India-China political relations on their head.