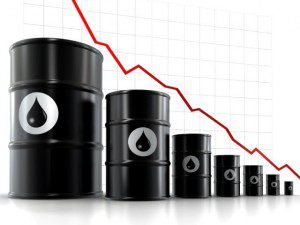 The dramatic 60 percent fall in oil prices since July last year has created interesting effects on the economies of China and India. The Chinese economy seems to have been significantly buffered due to the stark drop in oil prices since June 2014. On the other hand, the Indian economy has been lifted, sheltering its 1.3 million consumers from higher inflation, enabling consumers to buy more and the IMF to predict that India’s economy can outpace China’s this year. Analysts predict that China’s economy could have suffered a much harder blow had oil prices for the world’s largest energy consumer not fallen.  A strong reminder of this came on Sunday, when Beijing introduced a 1 percentage-point reduction in the amount of cash that lenders must lock up as reserves. It is the largest cut in Chinese banks’ required reserve ratio (RRR) since late 2008, the nadir of the global financial crisis. Cutting RRR to 18.5 percent, frees up nearly 1.3 trillion yuan (US$210 billion) for new lending, money that should help shore up growth.

Additionally, China faces stark foreign policy pressures as her international relations with neighbouring nations on whom it depends for oil supply are yo-yo ing with their commitments to the Middle Kingdom.

Both Pakistan and Sri Lanka are playing their cards with India as well, keeping China on her toes for plans that guaranteed her oil supply from the Indian Ocean in return for large infrastructure projects and financial aid. India, the worlds fourth largest oil consumer, on the other hand, has significantly gained in the 10 months since oil prices dropped.

According to Fatih Birol, chief economist & director of global energy economics at International Energy Agency (IEA), lower oil prices for India would mean she could around US$65-70 billion on oil imports. Further, with an consumer economy highly pegged on the prices of oil, India’s current account deficit (CAD) has bettered, wholesale inflation is at a multi-year low of -2.33 percent in March and retail inflation is at a comfortable 5.17 percent in March. New Delhi, has taken this opportunity to stock up on oil reserves and also marginally cut the price of petrol and diesel, helping to further cool prices of goods.