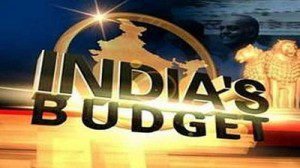 India’s union Budget 2016-17 wasn’t centered around Chinese investments which are flocking into the nation and looking for a quick return on investments, but was rather focused around long term players.

With India’s rural economy occupying centerstage, New Delhi’s aim is to spend on rural India, create jobs and boost the agrarian economy which in turn will reap rich dividends in the years to come. The belief that rural India will run India’s economy is a pluralist concept which bodes well for all governments catering to the vote bank, however it does little to spur the growth of an economy in the near term. Chinese investors and companies on the other hand are more interested in the new India, one that sizzles on software and is tethered to technology for which India’s union budget gave little leeway.

While investments in infrastructure increased by 22.5 percent from last year to US$32 billion to build 10,000 km of new national highways and upgrade another 50,000 km, we wonder how much of it will fall into Chinese hands?

Over the past few years, due to continued distrust between the governments, India has collaborated more with Japan than China on infrastructure projects. Further, in order to push the Made in India campaign, Indian manufacturing will be given a fillip by increasing customs and duty on select imported products such as aluminum and mobile phone accessories. While this will reduce competitiveness in the Indian market by deterring imports mostly from China, it can also slightly correct the balance in trade between our nations which has swollen to US$44.7 billion as of January 2016.

Lastly on a good note, the Union budget proposed to introduce a bill to amend the Companies Act for ease of doing business; to enable registration of companies in a day. While the streamlining of the process will definitely be a boon for Chinese companies keen to establish themselves in India, the speed will also be good incentive as the Chinese economy slows and companies look to India.