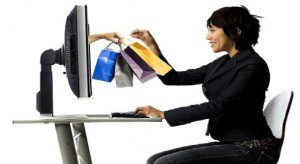 With internet penetration driven largely by mobile phones, connectivity is changing the way the youth in China and India behave, react and feel. Besides flattening the world, being connected allows consumers to purchase products from the comfort of their own bedrooms, altering the retail industry. On Monday, the 11th of November, also China’s singles day, the country’s biggest online shopping company Alibaba processed more than US$5.75 billion in its online payments system — a record for a single day anywhere in the world, surpassing by two and a half times the total for American retailers last year on so-called Cyber Monday. Alibaba also reported Monday that it had 402 million unique visitors to its sites — more than a third of the adult population in China — and prepared 152 million parcels for shipping.

Additionally, an increasing number of youngsters have also taken to online dating. With tight work schedules, long commutes and more than three-fourths their waking hours spent online, its easier to find a mate in the virtual world than the real world. Online dating sites that help singles to meet have become all the fad in Mumbai and Shanghai, where the young initially scope each other out.

While a majority of internet users continue to use the internet for more benign uses like emailing and surfing the web, social media has taken both China and India by storm – altering the way people serve up a dish at a restaurant or how they market their newest product. China’s weibo and renrnen, as well as facebook and twitter in India keep youngsters abreast with the latest happenings, allow them to stay in touch with friends far and wide and connect to those with similar interests. Reviews of goods and services on popular social media sites can either make or break a brand.

The internet as opened up a plethora of options, for young Indians and Chinese, literally offering them the world one byte at a time, lets hope it also finds a special code for China and India to work closer together.